Southside were using an ageing case management system which provided insubstantial information. In order to win their next contract with the local council Southside needed to produce reports on casework and other data.

To modify Southside’s case management system to achieve the following:

Initial Meeting to Scope the Requirements

Evergreen was recommended to Business Development Lead Karen Inwood, to help update their client case management system. This was necessary so that Southside could meet the requirements of their commissioners and renew their contract with the council. Initially Evergreen met with Karen to identify the requirements of the new system. Karen’s thoughts on this process were positive: "We had a couple of really good meetings to look at what the problems were and what needed doing. Evergreen has understood what we've needed and explained things in ways which we could understand."

Security and Working With B&NES

After developing a plan of how the project was to be carried out, Evergreen began making changes to the system. In Karen’s opinion security was one of the most significant improvements: "There was quite a lot of work that we needed to do to make the data more secure and meet the requirements of our commissioners. That’s been really significant and Evergreen has been really helpful in coordinating with our commissioners, understanding what they need and giving them reassurance."

Karen also commented on the usability of Evergreen’s updated system: "Everyone in the organisation was complaining that it was difficult to see a history of what we’ve done with a particular client, the database was really clunky. Evergreen sorted this out and it looks great, now we can open up a case file and see a summary of what’s been done with links to related documents."

Southside are now in the final stages of starting their new contract with their commissioners. Karen believes the changes made by Evergreen were a factor in winning this contract: "The work that Evergreen did, particularly around security, was a factor in us winning that contract. Without it we wouldn’t have won." The contract is now subject to due diligence on Evergreen’s database.

New Services and The Future

Karen anticipates further changes to the database being necessary and will work with Evergreen in the future: "We’re offering a new service which is quite different in some ways and Evergreen will be making some major changes to [the system] so that we’re collecting data and reporting according to the new contract."

Overall Karen though that Evergreen were, "very friendly and approachable, I feel like we can just pick up the phone and talk to people that we know. It’s a good relationship."

The work that Evergreen did was a factor in us winning that contract. Without them we wouldn’t have won. 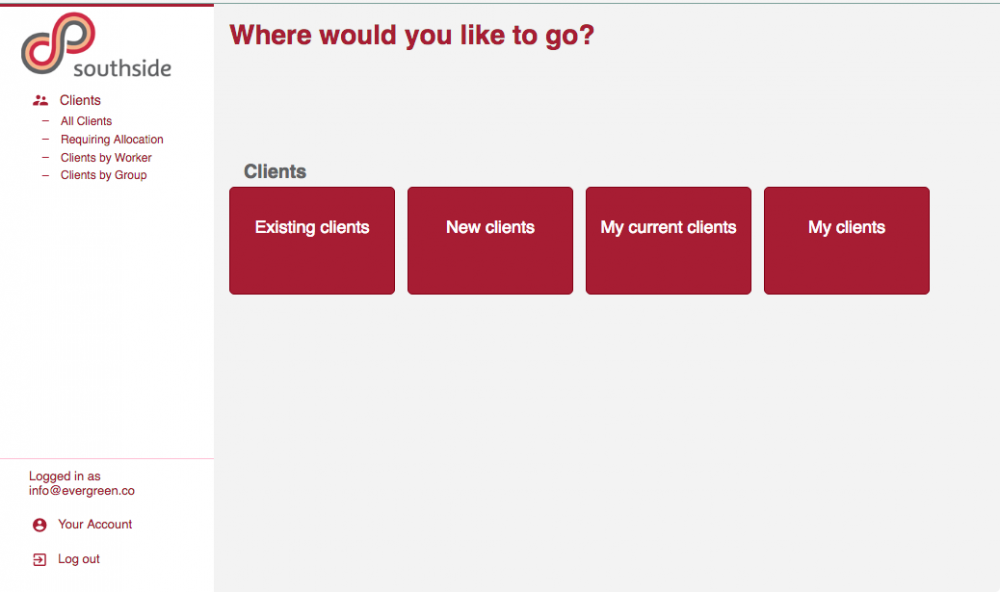